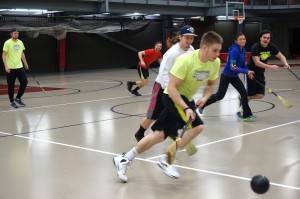 Students running on the court during one of the games!

Prior to the event, competitors had the chance to design t-shirts for their team, or themselves, on Wednesday March 4 from 2-4 p.m. in the Rec Center lobby.

The SMU Olympics was an event put on by the Rec Center and Campus Life PROS. The SMU “Winter Olympics” had a total of 10 events based on the actual Winter Olympic events. The prizes were awarded to the top three in each event, like in the Olympics. According to Rec Manager Dan Parine, this is the first annual Winter Olympics event. The event was open to the entire Saint Martin’s community. 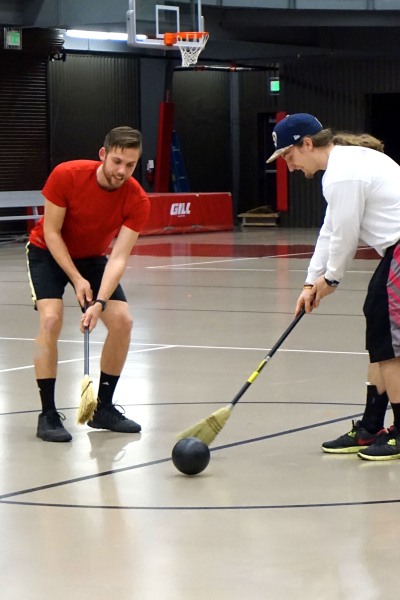 A twist on ice hockey

Parine described the event as “an event for the entire campus to enjoy.” 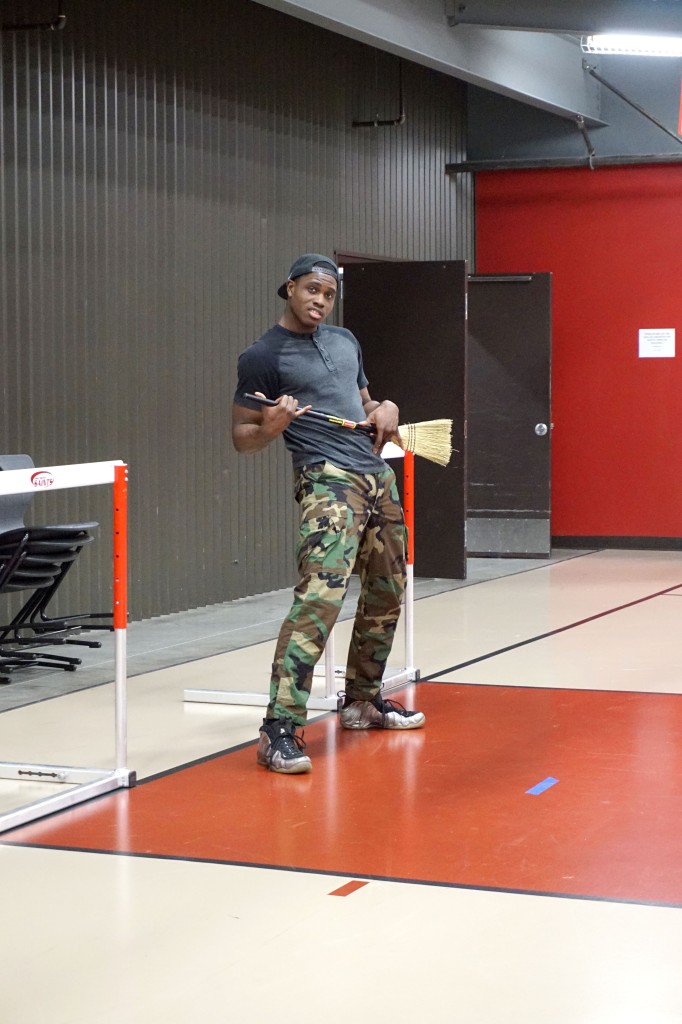 Tyler rocks out during one of the games!