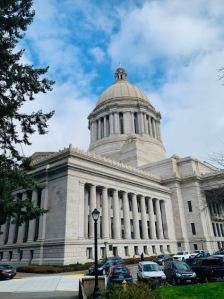 Senate Bill (SB) 5395 is a current piece of legislation which would require the implementation of “Comprehensive Sexual Health Education (CSHE)–in all schools.” CSHE, as defined by the Washington Office of Superintendent of Public Instruction, “would include content on reoccurring instruction in human development and reproduction that is age-appropriate and inclusive of all students.”

Specifics of the bill state: “By Sept. 1, 2021, every public school must provide comprehensive sexual health education as an integral part of the curriculum that is evidence-informed, medically and scientifically accurate, age-appropriate, and inclusive for all students regardless of their protected class status. This includes information and skills-based instruction that includes both (1) abstinence and other methods of preventing unintended pregnancy and sexually transmitted diseases (STDs); (2) encourages healthy relationships that are based on mutual respect and affection and are free from violence, coercion, and intimidation; (3) teaches how to identify and respond to attitudes and behaviors that contribute to sexual violence; and (4) emphasizes the importance of affirmative consent, meaning conscious and voluntary agreement to engage in sexual activity, as a requirement before sexual activity.”

SB 5395 would be implemented in every Washington State school district beginning in Kindergarten and continuing every year through the 12th grade.

The CSHE bill was first introduced in the 2019 legislative session on Jan. 18 at the request of Superintendent of Public Instruction, Chris Reykdal. SB 5395 was kept on the table for the next legislative session following its return to the Senate Rules Committee on Apr. 28, 2019. After being introduced a second time in the 2020 legislative session, a public hearing was held on Feb. 20 in the House Committee on Education. On Mar. 4, the bill passed in the House and on Mar. 7, the bill passed in the Senate with a vote of 27-21. On Thursday Mar. 12, the bill was officially delivered to Governor Jay Inslee. On Friday, Mar. 27, Governor Inslee signed SB 5395 into law, expecting implementation to begin by the 2022-2023 school year.

On Mar. 11, parents and individuals from around the state gathered at the Capitol in protest of the bill. Despite the recent ban on crowds of 250 or more, nearly 3,000 people braved the potential of contracting COVID-19 to protect their children and/or students from what they perceive as being sexual education that is far too extreme.

Protestors included a group known as the Informed Parents of Washington, who are known according to their Facebook page as “a coalition of parents dedicated to fighting Comprehensive Sexxx Education in schools and legislation that imposes upon parental rights.” The Informed Parents of Wash. group argue that the CSHE bill is more than just a basic sex education class and that it should not be mandated for every child. Other opponents of the CSHE bill say that the lessons and visual aids take things too far.

One parent commented that, “to think that a five-year-old child would learn everything from how their personal parts worked to learning about pornography with this new curriculum is appalling.”

On the other hand, proponents of the bill suggest that this is a much-needed change for students and to the education system, as a whole. A middle school teacher mentioned her thoughts on this potential change: “children have begun to experience changes in their emotional and physical health earlier and earlier throughout the years. Five years ago, a typical child would experience puberty around the age of 12, today children are experiencing this as early as age eight. The new CSHE bill would address this transition in our society.”

According to Hector O. Chapa, MD, FACOG, Clinical Assistant Professor of Obstetrics and Gynecology at the Texas A & M College of Medicine, “the age of puberty, especially female puberty, has been decreasing in western cultures for decades now. For example, at the turn of the 20 century, the average age for an American girl to get her period was 16 or 17. Today, that number has decreased to 12 or 13 years.” Additionally, a study by the American Academy of Pediatrics, found that puberty for boys is starting at age 10 or before, when age 11 was previously the norm.

This previously taboo topic has now become a major topic of conversation in Washington. Although there are supporters for both arguments, voters should always be wary of what will produce the most positive outcome on future generations.