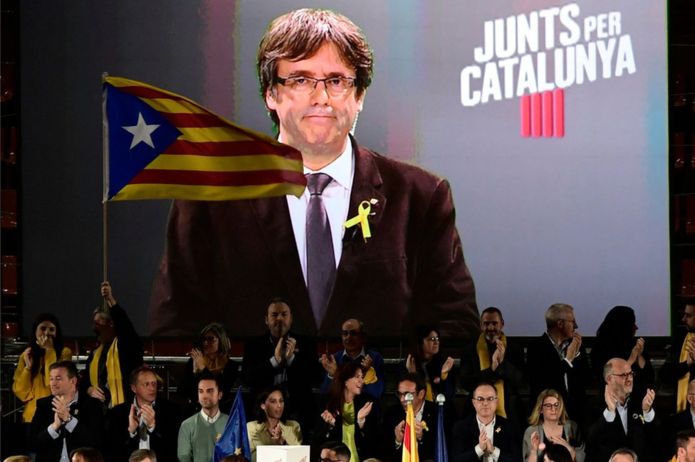 As of March 16, former Catalan government ministers and separatist leaders are abroad or in custody. Former Catalan leader Carles Puigdemont was arrested in Germany but was just released on $65,000 bail, as the court ruled he could move freely around the country, pending an extradition to Spain. If he returns to Spain, he could face up to 25 years in prison on charges of rebellion and sedition. The remaining former leaders are wanted on charges ranging from rebellion to the misuse of public funds for arranging the independence referendum. According to The Guardian, the European Union is refraining from getting involved with Catalonia and Spain, especially given the current negotiations for Brexit, the stress of Italy’s elections, and growing tension with eastern members of the bloc. The EU could offer mediation, but so far there is no intervention as many leaders believe it is strictly a matter reserved for Madrid. Catalonia is located in the northeastern part of Spain including Barcelona and has its own distinct culture, heritage, and language.

According to Time, Catalans have been seeking autonomy from Madrid since the country’s unemployment started to rise and the economy began to fall after the financial crisis in 2008. The region enjoyed independence before the Spanish Civil War, leading to oppression by General Franco. The independence referendum was put to vote last September, and 90 percent voted yes, but that was with a 43 percent turnout because of Pro-Madrid supporters boycotting the referendum, according to BBC. While the Catalan parliament voted for independence, the Spanish parliament approved direct rule over the region to return “law, democracy and stability” to Catalonia, according to Spanish Prime Minister Mariano Rajoy. Madrid ruled the referendum as unconstitutional. Time called it the biggest political crisis to hit Spain since the 1970’s. The Spanish government did make efforts to stop the voting from occurring.

The Guardian reported that police officers then stormed the polling stations in one last effort to stop the vote. The Spanish government defended itself, saying they did what they had to do and were backed up by other government officials who echoed that police actions were firm and professional. The imprisonment of officials and police brutality was unfortunately a reminder of past Franco dictatorship for many Catalans. The Spanish Supreme Court in Madrid currently has detained five Catalan separatist leaders, including the latest candidate for regional president. They join four others that are already in prison. Madrid has also issued an arrest warrant for Marta Rovira, who is the head of the separatist Esquerra Republicana party, who failed to appear in court. BBC shared that Spanish media reported she fled into exile in Switzerland.

In Barcelona, thousands of protesters have condemned the actions of the Spanish government and have even gotten into altercations with the police. Thus far, it seems Spanish officials as well as some EU members have a hard time accepting Catalonia as a separate entity. With Catalonian leaders are either in prison or in hiding, it is still unclear whether independence will be awarded and if other European nations will begin to get involved. With the main pro-independence party leaders being currently out of the picture, it will take time to build up an efficient Catalan coalition government. It seems the EU wants to avoid more splits and favors the unity of Spain.  Other European nations are facing separatist movements like Scotland seeking independence from the U.K. and the even bigger move, Brexit.