Fashion in the UK from an outsider’s perspective 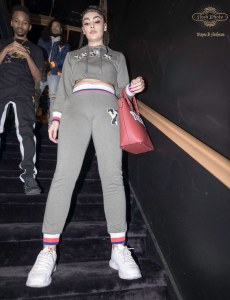 Upon arriving in the United Kingdom, I have noticed many differences in the ways of dress and style than what is common in the United States. Both in Belfast and Dublin, and even from what I have experienced at the London Heathrow Airport, I have come to perceive just how much the fashion and beauty industries are valued and viewed here in the U.K. From what I have seen, parents love to dress their children stylishly. The child’s clothes are similar to what you would see on a mannequin at Nordstrom or how celebrities and royalty dress their children. It can be assumed that this is done because parents want to show off their children with as much flair as possible while they are young, because once they reach school age, uniforms become the norm. Most primary and secondary schools in the Belfast area are private schools, which means uniformed attire is required until graduation. The uniform is often a type of dress shirt with a tie, a sweater or blazer of sorts, a big coat with a patterned scarf, long pants for boys with dress shoes or clean and neutral tennis shoes, and skirts for girls with tights that are paired with tennis shoes, flats, or saddle shoes. One of the key things I have noticed here is that the skirt length for girls seems to decrease as they increase in age. For example, younger girls have a pleated skirt at a tea length or at the very least at knee length, while older girls’ transition into a more fitted pencil skirt that gets shorter as they approach the high school age.

The college level makes up one third of Belfast’s population of about 280,000 people. Spray tans are common with college level students and an emphasis on beauty is not forgotten. Young women are more often than not seen with a full face of intense make-up and have their hair styled perfectly. Tousled ponytails are a common sight as well as perfectly straightened hair that somehow never move in this windy city. Common attire includes leggings, tennis shoes, crop top shirts, short puffy coats, and a very large purse instead of the traditional backpack. On the rare occasion that daily dress includes something other than this, you will frequently see skirts with tights and long trench coat-like jackets.

The majority of people that I have seen who are older than college students dress very similarly, which is a very professional and expensive style. This could be due to the high-level professional jobs in the city or the influence of London fashion culture. Adults in the city often wear long, professional work coats, extravagant, but professional attire and dress shoes which always include heels of some sort for women and loafers for men. It is also rare to see someone without tights on or carrying a large, name-brand purse.

As I said before, these observations are simply a comparison to a way of life that us Americans are not used to. I have enjoyed seeing the different types of fashion here in Belfast and the U.K. and hope to be able to see vast differences as I travel throughout Europe as well.